The Canadian government must address the humanitarian crisis in Central America by providing more protection and asylum for refugees fleeing the violence in Honduras, El Salvador and Guatemala.

That’s the message contained in a report by  Doctors Without Borders released earlier this year, which found the rates of murder, kidnapping and sexual violence in these countries (known as the Northern Triangle of Central America NTCA) comparable to those living in full-blown war zones.

The Canadian government tends to treat asylum seekers from these countries as economic migrants. But Forced to Flee Central America’s Northern Triangle: A neglected humanitarian crisis shows the story of migration from this violent plagued region is about “a broader humanitarian crisis.”

An estimated 500,000 people from the NTCA region cross into Mexico each year. Medical data gathered by Doctors Without Borders at their clinics in Mexico, found that nearly 40 per cent of the migrants they interviewed cited “direct attacks or threats to themselves or their families, extortion, or gang-forced recruitment” as the main reasons for fleeing.

Doctors Without Borders  spokesperson Jason Cone told the CBC the Canadian government must “urgently rethink its approach to immigration from the region,” stating current refugee policies are “wholly inefficient to the gravity of the situation.”

The report urges governments to “rapidly scale up the application of legal protection measures” such as asylum and humanitarian visas for people fleeing the violence.

This site uses Akismet to reduce spam. Learn how your comment data is processed. 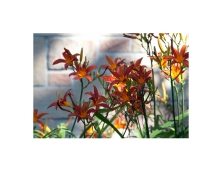